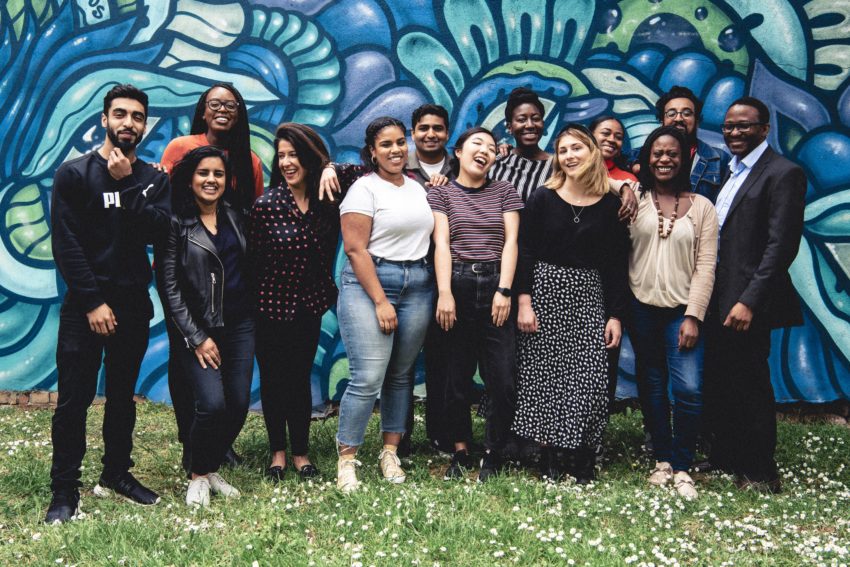 A scheme to destigmatize mental health has done more than any other initiative to change the culture at MediaCom UK that it has become a core part of the organisation.

The mental health ally programme was introduced just over a year ago and, to the surprise and delight of Nancy Lengthorn, Head of Diversity, Inclusion and Future Talent at MediaCom, quickly became embedded in the agency.

“I’ve never seen anything get pulled in as quickly as this,” she says. “People regard it as quite a precious thing and are quite proud of it. Even those who don’t use it say, ‘oh I tell my friends about it, and they all think it’s amazing’.”

The scheme was developed in partnership with mental health charity MIND after a series of mental health events at the agency demonstrated a clear interest to provide support to those who need it.

There are now 56 people trained as allies with 125 people trained in total. This is not to be confused with counselling. Nancy explains: “They’re not fixing anything. But, if someone is struggling for whatever reason, their role is to listen, to signpost, and keep people safe.

“So, if someone was working on an awful pitch and the pressure had really got to them, they might go to an ally, and that might simply be a 20-minute walk around the block and just for that person to listen so, they can just vent and let it all out.

“Or it could be somebody who is suffering from anxiety or depression and struggling in a more permanent sense. The ally will listen to them without judgment. If they think it’s necessary, they will point them to things we have access to, such as counselling through BUPA, an EAP helpline, or a mindfulness course – it could be anything really.

“In the most extreme examples, which unfortunately happens a lot more than people realise, it is about making sure that somebody is safe and that could be involving a professional in a crisis point, so that’s a tough one. But they’re trained to deal with that now.”

She adds that the allies are playing an important role in changing the culture and language; destigmatizing mental health in the workplace. For example, an ally may present to a departmental meeting key actions to take when worried about a team member or how to help someone who is off sick.

In partnership with the Book of Man, Nancy and her team at MediaCom have created a video aimed at encouraging other companies to operate a similar ally scheme.

“As a mental health ally, I’ve probably spoken to more people about their mental health in the last year than in the first 18 years,” Nancy argues. “It’s nonsensical that this isn’t part and parcel of a company because it’s been used so much that you just think, what would those people be doing otherwise?”

She points out that MediaCom UK is not keeping a tally of how many people have been helped because it’s important for the ally service to develop organically so as not to deter people from using it or to feel it is being turned into a PowerPoint presentation.

“The mental health ally scheme is probably one of the things we have done that has changed our culture the most,” Nancy reveals.

“When we first started the programme, we had five people who chose to write their own personal story and share it with the agency, which was so brave. When we did it again a few months later, we had 20 volunteers. Now it’s becoming far more common in meetings or in conversations for people to be able to say, ‘I’m not feeling very good at the moment, so I can’t do that thing you’re asking me to do.’ I can see that the language is changing, and that stigma is falling away.”

That has been reflected in the way MediaCom UK recruits junior staff where at least two people got the job in part because they were open about their mental health.

The fact that they were able to do that is partly due to the entry-level recruitment process that is designed to boost inclusivity at the agency. Interviewees are given several tasks, including maths and English tests, taking part in a debate, presenting a mini media brief and, importantly, talking on a subject about which they are passionate. CVs are dispensed with. The idea is that candidates should demonstrate how they interact with others, their ability to generate ideas and argue points they may not agree with.

Nancy feels that removing the CV, while it may seem scary to some, is more liberating, especially as entry-level staff are unlikely to have much industry experience.

“It’s about understanding who the person is,” says Nancy.

“Asking them to talk on something they are passionate about is my favourite because I think you can learn so much about somebody from what really makes their eyes light up.”

“It’s about understanding who the person is,” she says. “Asking them to talk on something they are passionate about is my favourite because I think you can learn so much about somebody from what really makes their eyes light up.”

The company works with the Transformation Trust, a charity that inspires people from less privileged backgrounds to aim high. MediaCom ended up recruiting two young women it had mentored because they showed dedication and promise. Again, a CV would not have helped.

However, for more senior positions, career history and experience are crucial factors as clients expect people to be able to hit the ground running in what is a very fast-paced service industry.

Nancy doesn’t think there is a need to change the mindset for recruitment at senior level as the focus is on getting the best person for the job. She believes that diversity of thought has been critical to the agency’s success in this area but feels that the industry generally needs to be more proactive in driving change.

>See also: Diversity and Inclusion: Why we need to put the ‘I’ in team

A recently introduced reverse mentoring scheme aims to understand the issues that junior staff members face. For the initial pilot, young people were paired with their peers for ethnicity, gender, introversion, and social mobility.

A key issue is finances, not least the high cost of accommodation which can have an impact on wellbeing and mental health. “As you become older, you sometimes lose sight of those things and I just wanted to fast-track that understanding,” Nancy explains. “I think it’s really taught our execs that they don’t always have the answers and that, quite often, while [young] people don’t have the red tape and all the experience, they’re the ones with the magic.

“It’s in the early days, but both sides seem to be enjoying it on a personal level. And, younger people feel they’ve got an amazing opportunity to make stuff happen.”

She admits that the change at the bottom has been huge with the young BAME talent leading the way. Reverse mentoring ensures that the experience is not a lonely one. Complementing this initiative is ‘candid conversations’, involving one-on-one interviews with people from different backgrounds to identify if they need any support.

While the agency has run unconscious bias training as part of a restructure, Nancy feels the exercise had a passive outcome because some people think it is the end of the problem and they stop engaging. Instead, she is going to focus on privilege, which, she argues, is more proactive and more inclined to inspire change.

Also coming up is a restructure of the diversity and inclusion panel – with employee resource groups representing the different groups – in recognition that it’s the junior talent that provides the “multiple voices, passion, excitement, and lack of fear about red tape”.

While delighted with the imminent ethnicity pay gap reporting, Nancy says it will be a challenge and even more complex than gender pay gap reporting. The aim will be to explain to people that the reporting is a positive move designed to encourage parity.

“For the gender pay gap we produced a ten-page document that really broke down the different parts of the company, so everyone understood what was going on,” she says. “We’ll do exactly the same with ethnicity pay gap reporting because it’s important that people can see that the macro picture doesn’t mean anything; one day it will but, at the moment, it’s not helpful.”

One area within the scope of diversity and inclusion that has been a difficult one to crack at MediaCom is physical disabilities, partly because people are less inclined to discuss it.

“Disability means different things to different people,” Nancy offers. “There are people in this building with physical disabilities and they absolutely do not see themselves as having a disability. We are partnering with Scope who will be carrying out an audit.”

Summing up, Nancy says that, although MediaCom worldwide has grown to 1,500 employees, it has managed to retain the feel of a small company. This is in part due to CEOs encouraging an inclusive work environment.

She adds: “I know it sounds corny, but everyone is really nice and that tone has been set from above. People just want to work somewhere where you can be yourself and you don’t have to cover things up.”

>See Also: Knowing who is in the building is key to inclusivity at MediaCom UK