How women in the creative industry can support each other online 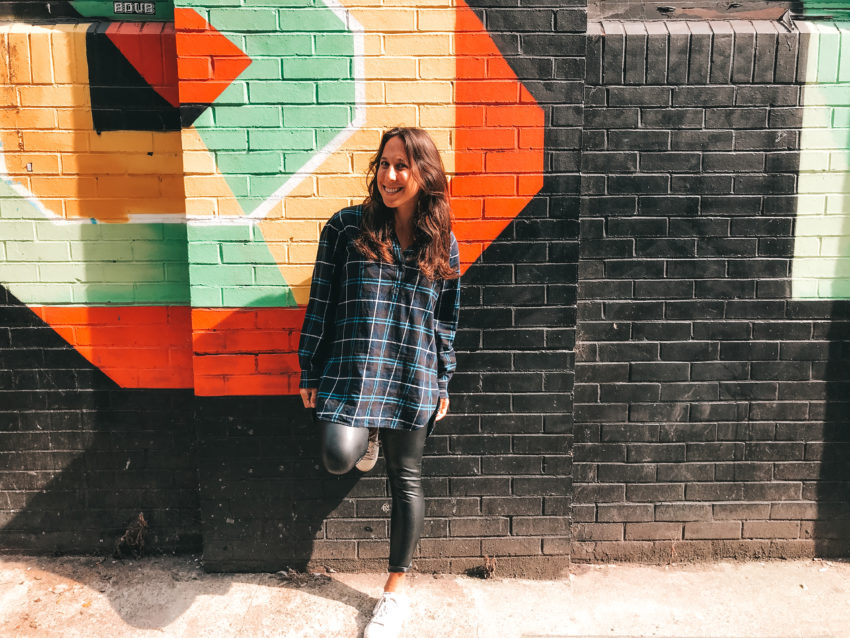 Like so many across the world, Isabel Sachs lost her job to the COVID-19 pandemic. As someone in the creative industry, she understood how hard it was to find employment in the normal world, let alone a pandemic.

So, she started what she thought would be a small networking group for people in the same position. However, I Like Networking quickly became a programme so popular that she had to filter through hundreds of applications.

Here she explains how she did it, and why becoming a mentor to someone can have its own benefits too.

How did you get back on your feet after losing your job due to COVID?

I had a few weeks of self-pity, and I got really tired of it, I got tired of hearing myself complain. I already had an idea that I wanted to do something around networking even before COVID-19 because I’m always making connections and introducing people to either meet or work with, I was like the real-life LinkedIn.

I was looking at LinkedIn every day, and every day was a disaster. Everyone that I knew in the creative industry was either furloughed, lost their contracts or struggling, sometimes working 100 hours because no one else in the team was there. So, I decided that maybe I should just do something about it since I had all this time on my hands.

It was like a breakup. You’re crying and then at one point it’s just, okay, I’m done, let’s move on.

What is the impact of COVID-19 on the creative industry?

It’s been one of the hardest-hit industries all over the world, not just in the UK; it’s horrendous everywhere. It’s a precarious industry because it tends to depend a lot on projects or a sponsor. Even in the museums or galleries here, there’s still a lot of temporary contracts that have put people at risk.

If we didn’t have the creative industry, we wouldn’t have things to see or watch, and there were lots of things that people came up with like Instagram lives to, David Tennant doing that BBC series, and all over the spectrum. It’s been hard to adapt, but I don’t think any industry has done it better than the creative industry, because we don’t have time to wallow, we have to keep going.

How does I Like Networking’s intersectionality stretch beyond gender?

We always wanted to have a very mixed bag of experiences, backgrounds and ethnicities, but I find it very difficult to put people in a box. So, what we did on our application form is that we asked people to describe their ethnicity, but we didn’t put any options, so people could choose to describe how they saw their identities.

We also wanted to help people of all ages, because a lot of programmes are for young people, but I wanted to make the pool big enough so we could address more people. However, we didn’t have as many applicants who were disabled for instance. That’s something that I really want to work at getting better with next time.

This is the pilot programme and I’m happy with how well we did in terms of getting a really diverse cohort. I still want to look at how we can improve other things. For instance, we haven’t done a programme that is fully prepared to receive someone who is blind, deaf or hard-of-hearing. I knew that the first launch would be flawed, but I wanted to help people as soon as possible.

For both the mentors and the mentees, how do they apply?

For the mentors, I just reached out and spoke to people that I knew at first, and that were personal mentors to me. They’re all people who are deeply invested in making the industry better and helping newcomers. Then, I also reached out to people who I admired from afar but didn’t personally know, and I was shocked by how fast people said yes.

However, we already have mentors for the next edition because once the word started to get out, people start reaching out to us about wanting to be mentors, which is amazing. We’re looking to expand next year, so hopefully, we will have a more formal application process by then.

For the mentees, we had a simple application form. Once they were shortlisted, we asked them to send a video and tell us why they wanted to work with mentors, and what they wanted to get out of the programme. The video helped us to see their personality a bit better and asses their fit with the mentors.

Next, time, I hope I don’t have to shortlist people personally. We wouldn’t think we would have to, but we had such a high volume of applicants, we had no other options. We didn’t know we were going to have over 420 applicants for 37 spots.

I have already started doing a few things. I’ve been sending out an email for everybody, not just applicants, anyone can subscribe. We also have job opportunities, special events, and we have special offers for subscribers on the mailing list. We started doing a few events with some of the mentors and other experts, they’re going to offer events on art and fashion, how to work in museums, publishing, Q&A’s, all sorts of things, and most of it is either free or very discounted.

Besides that, we are launching this crowdfunding campaign so that we can support the costs of the programme and the platform next year. We really want this to become a hub to help people network and mentor and get mentors and get the support they need. We have a peer to peer support group for the selected mentees so they can know each other. We’re doing a few coffee meetings, which are virtual for now and have launched a podcast, which is exciting.

So it’s a lot more than a mentoring programme?

Yes. We realised that once mentors realised how beneficial it was, they wanted to do more, and so we’re trying to give people as many resources as we can. Obviously, we can’t promise anyone jobs out of this, but we’re hoping that everyone leaves the programme with new skills, knowledge and connections. My goal was that all the mentees go off and do brilliant things, and hopefully become mentors as well.

I think a lot of people always wanted to help each other out. What we did was just provide a platform and a system through which they can find who they could help. It expands the mentor’s network as well. They’re meeting more people that they had no idea existed who are talented and intelligent individuals.