Code First Girls: supporting women towards a career in tech 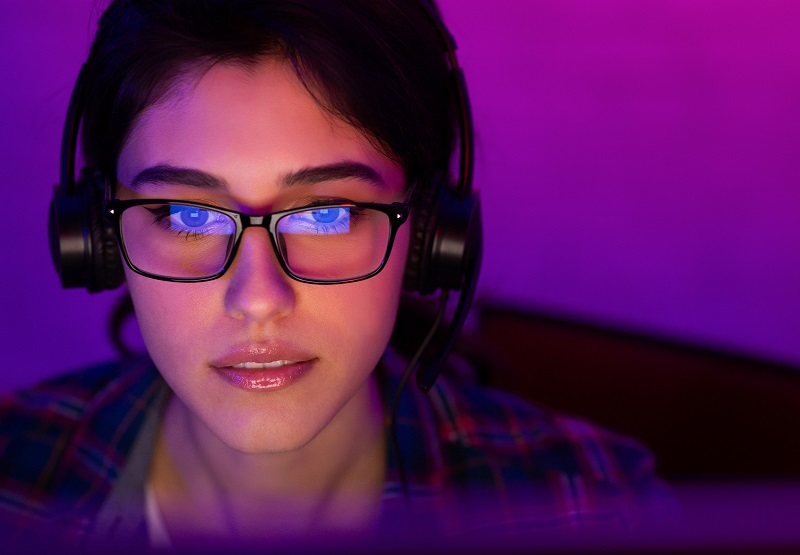 In this guest feature, Anna Brailsford CEO Code First Girls, explains why investing in education and community is the only way for companies to create a sustainable talent pipeline of women in technology.

In a world where technology is fast developing and ever-evolving, the demand for careers in science, tech, engineering, and mathematics is higher than ever before. Despite that, the STEM field still faces a gender crisis. The percentage of STEM-related degrees awarded to women is continuously declining, which presents a real challenge in supporting women towards careers in tech where they currently make up only 17% of the workforce.

The reasons for the gender parity in tech roles are focused on several pain points from a lack of role models for women, confidence-blocking cultural narratives, the tech world “boys club”, and the lack of access to structured educational opportunities providing introductions to applied tech skills.​ ​

It’s incredibly common and well known that organisations​ struggle to attract more than 20% of female candidates to work in their tech departments, as well as the fact that women drop off more than men due to their responsibilities at home; so already the statistics are stacked against them.

Gender parity can’t be achieved overnight; the gap is wide and requires a long-term strategic approach as opposed to simple box-ticking activity.

Companies need to focus on retention just as much as attraction. ​It’s a 20-30 year process that is rotten at its core, and it’s only going to get worse unless we dramatically ramp up numbers right now. It starts with supporting women by mentoring them and being role models at the educational level to enable them to acquire the right skills to be a success in an industry where they’re currently the minority.

Organisations like Code First Girls focus on mentoring and helping women from university-level upwards. At that point, candidates are looking at acquiring their first job outside of education where they may not have studied STEM-related topics. ​Education is the absolute key to creating that talent pipeline of women because once a woman has had an educational engagement with Code First Girls, they’re 60% more likely to go into the field of technology*.

That sense of choice and exposure to opportunity in that age group before they’re about to pick their first or second job is the most impactful time to take these types of training. In this day and age, education is one of the most expensive commodities and increasingly so with the rise of tuition fees. Thus, providing education is one of the most valuable offerings that you can give to someone; especially when it’s free.

In the current education system for younger generations, there is a real lack of relevance; often by the time students have finished their education, it’s out of date. All of this has an accumulative effect which ultimately leads to a dramatically small number of female candidates which then every company consequently fights over.

The ​education system, as it stands, is not providing the right amount of women with the desired skills to succeed, they’re not giving them the right choices, and there is a lack of relevance. It’s about creating communities for potential female candidates that perhaps come from non-traditional backgrounds who then do a fantastic job once they get placed within a company. We must encourage companies to perceive education and mentorship as an investment in the future of the company and the women on a personal level. Investment in potential creates emotional bonds that surpass any employee engagement ‘perk’.

Education and mentorship also pose a psychological element by creating an emotional connection. Women supporting young women at a critical stage in their development and surrounding them with like-minded women who are in the same boat creates an effective support network.

The affinity that creates with the brand, as a result, brings women back to organisations like Code First Girls that drive engagement with the community, which is hugely encouraging.

It’s about providing a safe environment where women can be vulnerable to learn without self-judgment based on old belief systems that men are superior when it comes to acquiring hard skills.

The importance of human connection and relating to someone knocking down the barriers of hierarchy encourages inspiration and makes young women believe that they can do it too. And this is the power of mentoring; so we can share stories and nurture others to create that safe space to encourage young women to step forward, out of their comfort zone and into their full potential. It’s about working more closely with the industry to understand how we can provide structured opportunities for women.

It’s not merely about introducing women to code, but working with companies to create sustainable talent pipelines and deeper levels of relevant education. By bringing women and industry closer together, there’s a hope to future-proof the industry.

Tips for success in the industry

1. Join a community of like-minded women or find a mentor. There are many wonderful people working in tech who want to make a difference for women.

2. Don’t accept less, ever. You have earned your place, now show the world you deserve just as much as your male counterparts. She who dares wins!

3. Believe in yourself. Seek out a paid or free training opportunity that aligns you with a great opportunity to build your career.

Code First Girls most recently collaborated with Global organisation BT to create and deliver a customised coding curriculum to selected members of their network called “furtHer”.

Code First Girls screened, interviewed and selected highly engaged candidates from their network of over 10,000 women who were then trained, using their customised curriculum. At the end of the training, BT successfully placed the women into technology roles across the UK. As a result, BT is considering how this programme can be used in the future to support its talent pipeline further.

​Commenting on the initiative, BT said: “furtHer is a life-changing programme, it allows women who are not traditionally in technology and haven’t chosen STEM in the early years of their decision making, to have the opportunity to move into technology.”

“​We all need to take responsibility for challenging these stereotypes, promoting education and advocating for female entrepreneurs, so this gap closes rather than widens as the ​Fourth Industrial Revolution ​takes hold. Here, relatively small initiatives can make a big difference.

“Code First Girls ​ offer free four-month-long coding programmes to women of any age and give them a job interview once they’ve completed the course. There are many other initiatives, all to encourage women’s employment in digital and making sure the revolution takes all members of society along with it.”

Join us at the Women in IT Summit June 30 – July 2 to hear more from Anna.

Anna Brailsford is CEO of ​ Code First Girls ​(CFG), one of the largest communities of female coders in the UK and Ireland. With a mission to increase the number of women in tech, CFG gives women the skills, space and confidence to succeed. Over the past five years, they have provided free coding education in over 50 universities and centres across the UK. They are now working to connect the women they have taught to jobs and opportunities in more than 40 companies.