Are women better suited for leadership than men? 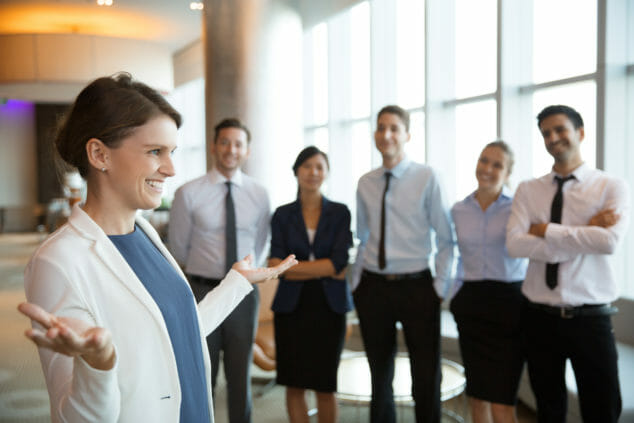 TL;DR: Women bosses tend to be more engaging and less biased when hiring and promoting employees, making the most of the "female talent supply" in male-dominated industries, and boosting staff morale and productivity while they're at it. Here's why.

TL;DR: Women bosses tend to be more engaging and less biased when hiring and promoting employees, making the most of the “female talent supply” in male-dominated industries, and boosting staff morale and productivity while they’re at it. Here’s why.

A lot has been hypothesised about why so many women drop off the career ladder mid-way, from many choosing (or having to) take on the majority of child rearing responsibilities, to the perceived gender-based personality traits like assertiveness and competitiveness that leads to career growth being more usually associated with men.

If it’s at the mid-career stage at which women are stagnating, research into why that is may need to also need to look into why women who do make it to the top are more often than not powerhouses in their own right.

Numerous studies show that boards with more women perform better, with the frequently cited 2015 report by McKinsey & Co underscoring the fact that businesses in the top quartile for gender diversity are 15 per cent more likely to have financial returns above their national industry average.

However, just having a female CEO or a high number of women employees is not enough, says another study, this time of over 22,000 companies across 91 countries. The Peterson-EY study reveals that profitable companies include women across top management, who inevitably create a gender-diverse pipeline.

Is the corporate hierarchy skewed against women?

Setting the traditional career ladder aside, are women better suited for top management roles? And does following the decades old corporate hierarchy hinder talented women from getting to the top?

“It’s the glass ceiling that stops women from getting to the top,” says MSCI’s Gaia Mazzucchelli.

As a lead researcher and co-author of several reports on gender diversity in banking and capital market companies, Mazzucchelli has identify the seeds of future trends emerge in the way women-led companies could outshine the rest. Taking a closer look at financial services, one of the most notoriously male-skewed sector in the UK, Mazzucchelli began by manually collating data on gender diversity for 290 financial services institutions through publicly available information, and built a metric to estimate the available female talent supply for every company in the sample.

This is based on the ratio of female active workers who have accomplished tertiary education in the countries where those companies operate and recruit talent.

In a separate MSCI report, “The Tipping Point: Women on Board and Financial Performance”, Mazzucchelli revealed that companies that had at least three women on their board experienced better financial performance between 2011 and 2016 in terms of return on equity (+10 per cent) and earnings per share (+37 per cent) compared to companies that had no women on their boards (-1 per cent ROE and -8 per cent EPS).

So why aren’t there more women on boards, or even at senior levels? Mazzucchelli believes it’s a vicious cycle of sorts, where male bosses tend to promote and cultivate male talent, which stems the growth of women in their early to mid career.

“When companies are more female-led, there’s a huge difference in the way they utilise talent,” Mazzucchelli explains. “Firms led by males are much likely to employ almost 20 per cent more men than their available talent pool would suggest. Female CEOs, on the other hand, are more likely to have a balance in the way they manage their talent pool, but our sample size is too small to call that a trend.”

Stateside, backing up Mazzucchelli’s groundbreaking research, America’s oldest pollster, Gallup, looked into what makes US managers successful and how different leadership traits and techniques can lead to greater employee engagement.

A data-led look at how employees under bosses of either gender perform suggests that female managers likely surpass their male counterparts in cultivating potential in others and helping to define a bright future for their employees.

This doesn’t necessarily mean that female managers are more likely to promote their team members, but  suggests that women are more likely than men to find challenging tasks keep employees engaged, which inevitably helps the team develop and grow.

Gallup also revealed that women leaders themselves tend to be more engaged than men, by 6 percentage points, suggesting that teams working with female bosses are generally more engaged, and higher-performing.

According to Gallup, American employees who work for a woman are 1.29 times more likely to feel like their progress matters. Female managers are more inclined to provide regular feedback to help their employees achieve their development goals, and to share positive feedback to motivate individuals.

The Gallup report has a six decade history of examining at gender differences in managerial levels and the impact that may have on employees. The most recent report shows a marked change in attitudes. Overall, female bosses in the US far outperform male bosses at meeting employees’ workplace needs. The report suggests this could be because of the gender bias which still remains in corporate America, which female bosses may be using to their advantage.

To counter this bias, women may have more to prove, and may turn to the nurture-and-grow method to push their teams to exceed expectations.

Research from BI Norwegian Business School suggests women in general are better suited to leadership than men in most areas, but definitely not all.

Head of leadership and organisational behaviour, Professor Øyvind L. Martinsen, and his colleague, Professor Lars Glasø, surveyed the personality traits of more than 2,900 managers. More than 900 were women, more than 900 in senior management, and nearly 900 from the public sector.

Female leaders scored higher than men in four out of the five categories measured. Women rank higher in initiative and clear communication, openness and ability to innovate, sociability and supportiveness as well as methodical management and goal setting.

These results suggest that the wider business community may be missing out on  maximising productivity and profits by not opening up more leadership opportunities for women. “Our results indicate that women naturally rank higher, in general, than men in their abilities to innovate and lead with clarity and impact. These findings pose a legitimate question about the construction of management hierarchy and the current dispensation of women in these roles,” Martinsen says.

However, the BI research did suggest that women fell behind men in emotional stability and ability to withstand job-related pressure and stress, feeding the existing stereotypes plaguing female bosses.

“The survey suggests that female leaders may falter through their stronger tendency to worry – or lower emotional stability,” explains Glasø. “However, this does not negate the fact that they are decidedly more suited to management positions than their male counterparts. If decision-makers ignore this truth, they could effectively be employing less qualified leaders and impairing productivity.”

For MSCI’s Mazzucchelli, true gender diversity means embracing the differences in personality, behaviour, and leadership traits. “We don’t need to be aggressive or ‘act like a man’ to be promoted. That’s an important message. To make a difference, it has to start with women and men. You have to include men when you’re introducing diversity initiatives. That’s how you build an inclusive culture.”

Mazzucchelli believes mentorship is the way forward in pushing through the glass ceiling. “My personal thought is that it doesn’t necessarily need to be gender based. Anyone can benefit from having a mentor. I personally have a mentor, and my career and outlook has changed completely since,” she says.

Mentors can be male or female, but are ultimately someone women in business and finance can look up to and emulate in certain ways. “A mentor can be your dad, your boyfriend, a friend, a colleague. It’s simply a person who cares for you and your career, and can take the time to give you the right suggestions on how your career growth can fit your long term plans. They also help you develop the skills you need to get where you’d like to go.”

It’s hard to get a mentor but it’s very useful, she adds. “The first thing you’ll learn is that you’re not afraid to ask for feedback, or to fail. You can’t progress in one aspect of life, if other aspects are at the same level. For example, how can you grow in your career if you aren’t growing in your personal life? It’s a whole construction. You’re ultimately the same person (inside and outside work). You have to improve in both work and life to succeed, and that’s where a mentor can help.”