Sidelined, ignored or overlooked? Why women in technology need to be more self-assured 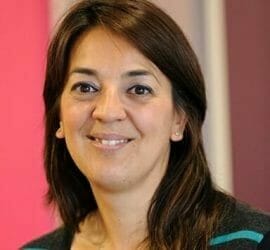 Women can get into the technology industry if they want to. It just requires, “hard work, hard work and then some more hard work – don’t let anyone tell you that you can’t do something.”

So says Daniela Aramu, Head of User Experience at Thomsons Online Benefits. Determination also played a part and helped her to stand her ground in an industry where women are often sidelined, ignored and overlooked for promotion.

“It’s a very sad state of affairs when women move out of technology because they don’t see any potential for career development,” Daniela says. “I have friends who have lost hope because they’ve been in the same role for a number of years.”

>See also: Why getting more women into tech is more than a pipeline issue

At Thomsons, women make up around 25% of engineers and the company is trying to redress the balance. But the pull of women into technology is small. Why?

“Part of it is thinking they are not good enough,” Daniela explains. “Some women have experienced bias from society and through their upbringing, for example, more recently than people might think, it was considered more acceptable for a woman to be a nurse, not a surgeon. So [with technology] they start with that feeling of moving away from what is expected.

“I am mentoring my own team and explaining from my own experience what worked and what didn’t. I want them to be clear about what they want to do, and make sure they aren’t ruling things out of their career path simply because they don’t believe a route is available to them.”

Daniela wasn’t an obvious candidate for the world of technology, especially when, at the age of 16, she managed to destroy the hard drive of her brother’s computer. The experience just made her assume that technology was not going to be her field.

Instead, she studied psychology, a subject she enjoyed because it helped her to understand human behaviour and view things differently. But she didn’t feel that a career in psychology would help her to make an impact on people’s lives. Daniela then discovered that University College London was offering a master’s degree course in human-computer interaction.

She started her career as a usability engineer with Lucent Technologies in the UK. Her colleagues were mostly male who liked to talk “hard-core engineering.” User experience (UX) was, Daniela recalls, “considered to be a girlie thing and I felt my opinions put me on the sidelines of the discussions. So, I learned their ‘language’ which helped to gain their respect, then I started teaching them my ‘language’. We then had a compromise of languages.”

A bit of male bravado

Next stop on the career path was ThreeItaly, which brought fresh challenges. Despite being responsible for the launch of the first ThreeG handset in the European market, Daniela was passed over for promotion. She recalls: “Italy was, and still is, behind in terms of respect for women in the workplace. There were very few women at ThreeItaly, and we were completely ignored. We had to work three times as hard as the men and any errors were brought up as examples of what not to do. This was not the same for our male counterparts.”

Working for Vodafone in Germany, she experienced the complete opposite. “It was a different atmosphere; more respectful,” says Daniela. “As a UX designer, I started at the bottom, but I was given opportunities. As long as I could perform, I was able to climb the ladder to team leader.”

However, there was a glass ceiling when it came to the executive team. Daniela benefited from a mentor who taught her to put herself forward and to be more demanding. She explains: “As a woman, I thought I had to know everything there was to know before I put myself forward. Whereas my male colleagues felt confident knowing 50% and learning the rest on the job. I learned that you needed a bit of bravado to win in a tech company – it’s still true. Being more self-assured is something that everyone has to learn – even if it doesn’t come naturally to them.”

An environment where everyone thrives

On moving back to London, Daniela took on a number of roles until a former Vodafone colleague recruited her to her current position at Thomsons Online Benefits, a leading benefits management and employee engagement platform.

Thomsons has introduced several initiatives and benefits designed to support women in the workplace, including breastfeeding facilities for mothers returning to work and additional parental support. Thomsons has also established an employee-guided ‘Everybody Thrives’ group, dedicated to driving diversity in every sense within the organisation.

As head of UX, she leads a team responsible for enhancing the way users access and interact with the system. This means understanding people’s expectations through research and then coming up with solutions. The team then works with the engineers who code their designs.

>See also: How do we get more women returning to work to retrain into tech?

She has been with the company for five years and feels that everyone is respected for their abilities and performance. The working environment now has much more emphasis on empathy and is one in which everyone feels they can bring their whole selves to work every day.

“Everything is changing; becoming more automated and I think a dominant skill in the future will be women’s ability to empathise, listen to people and simplify problems,” Daniela believes. “Women bring a different perspective – that’s what brings creativity and innovation.”

She recalls with amusement the time when, while working at Vodafone, she and a female colleague prevented a mobile phone manufacturer from releasing a handset aimed at women: “It was pink with big buttons. The two of us had to tell 15 men that that was not what women wanted and we produced research to prove it.”

Although there are more women in technology than previously, Daniela says the industry needs more female leaders and role models. The problem is recruiting them.

“There are a lot of very good women,” she argues. “We just need to find them and offer them the environment that makes them want to apply. What women need in the workplace is sometimes different from that of a man – not better or worse, just different. Women need an environment where they feel safe and appreciated and know they don’t have to work harder to prove themselves because they are women. The message is: you can get there if you want.”

>See also: 7 entrepreneurs leading the way for women in technology